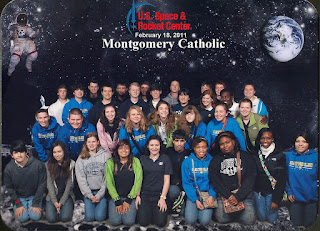 Pictured:  Montgomery Catholic Preparatory School’s high school Science Olympiad team during their visit to the US Space and Rocket Center in Huntsville.