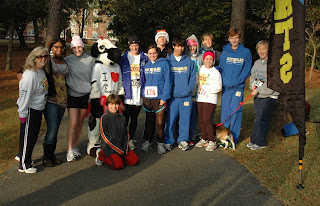 For the third year in a row, Montgomery Catholic Preparatory School’s team at the Jingle Bell Run for Arthritis raised over $2,000 and was the third highest fundraising team at this year’s event.  The race begins and ends on the beautiful campus of Huntingdon College and weaves through historic Cloverdale neighborhoods. With 60 team members, Montgomery Catholic raised $2,767 to battle this crippling disease which affects over 46 million Americans today.

Click on the link to view pictures of Montgomery Catholic at the 2010 Jingle Bell Run.