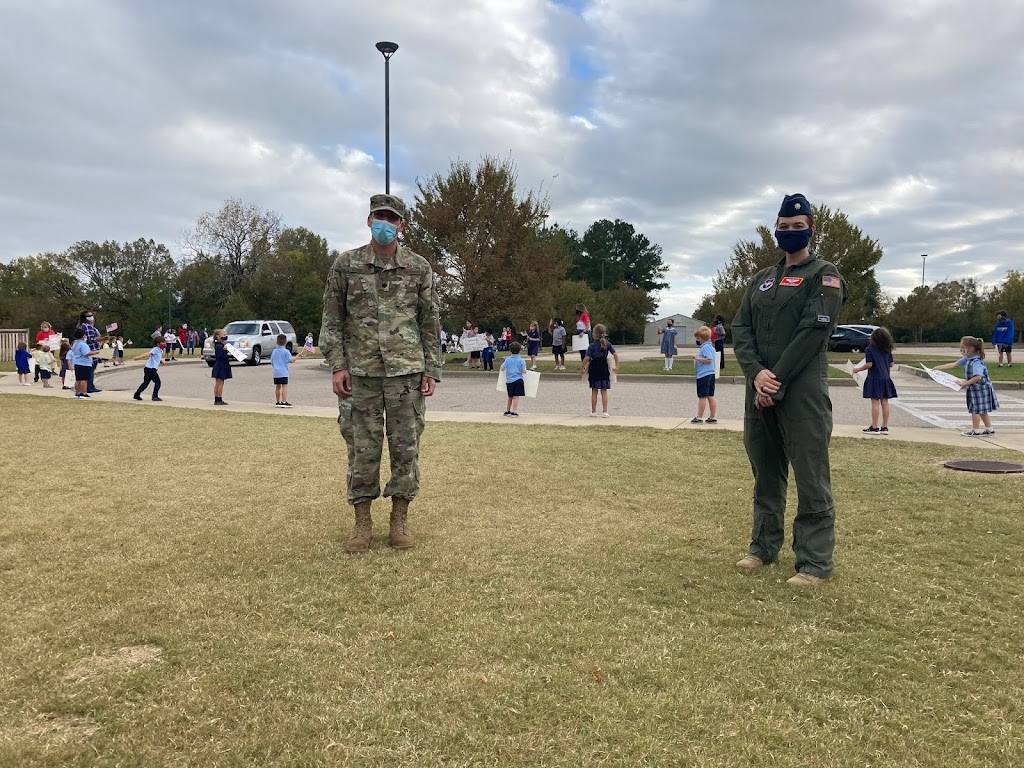 Montgomery Catholic Preparatory School was proud to honor Veteran’s on each Campus with special tributes both Monday, November 9 and Tuesday, November 10 before being out of school on November 11 in observance of this special day of remembrance for all those who have served our country. 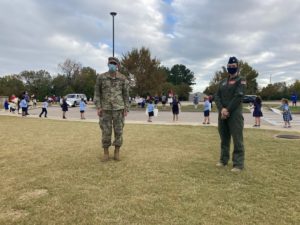 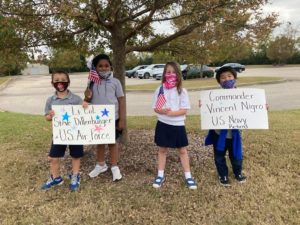 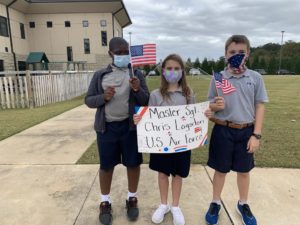 Monday, November 9, 2020 Montgomery Catholic Preparatory School’s Holy Spirit Campus invited parents, along with retired and active duty military and first responder family members to drive through a very special “parade”. Students from pre-school to sixth grade lined the carpool lane with hand made signs honoring all of their parents, grandparents and extended family members who have served our country and said thank you as each car passed. 90 names were included and flags were waved to honor these special members of the Knight Nation. 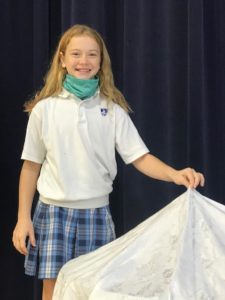 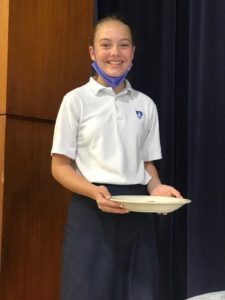 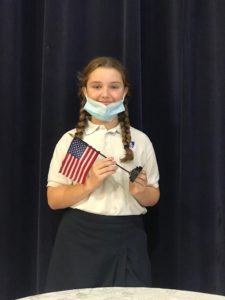 LTC Fleet addressed the entire student body, and explained his roll in the military and the importance of Veteran’s Day.

Fleet has been a Soldier in the Alabama Army National Guard for over 27 years, joining in 1993 while a junior at McGill-Toolen Catholic High School in Mobile, Alabama.  “During my career as an Army aviator and UH-60 Black Hawk pilot I have had the honor of supporting humanitarian relief operations throughout the southeastern United States as well as serving overseas in Kosovo, Iraq, Kuwait, Romania, Jordan, and Qatar.”

When asked about the importance of Veteran’s Day,  Fleet said, “Essential to mission accomplishment are military families, whose shared sacrifice, dedication and support enable service members to focus on their mission.  Military families deserve the same appreciation we bestow on our service members and veterans.” 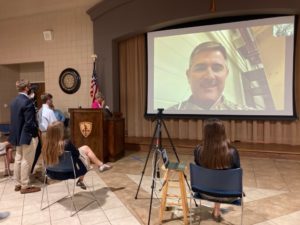 Montgomery Catholic 7-12 principal Mrs. Eileen Aaron asked Fleet why he served, and his answer brought tears to the eyes of his family, the students and staff. “Above all, the military embodies service above self, being part of something larger than yourself is one of the truly remarkable benefits of military service,” said Fleet.

“I appreciated Lieutenant Colonel Fleet’s remarks to the students about why he serves.  As a Catholic school, we teach our students that sacrifice and service beyond self are essential to loving others, just as Christ died on the cross,” said Aaron.

Montgomery Catholic was honored to have LTC John Fleet share his story with our school community. The school honors all of the military personnel, law enforcement officers, firefighters, and first responders in our MCPS family and in our community. This Veterans Day MCPS prayed for the men and women who have made a commitment to defend us and our way of life, and to pray for those who have given their lives in our defense along with their families. 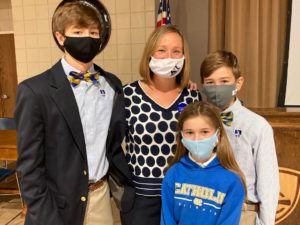