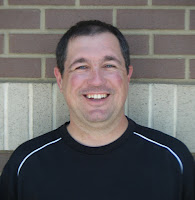 Montgomery Catholic has named Mike Shatzer its new head football coach. Shatzer, 38, has been the offensive coordinator/offensive line coach at Northwest Cabarrus High School in Concord, NC for the past three seasons, helping guide them to a 23-14 mark and three playoff berths.

Prior to that, Shatzer was the head coach at South Stanley High School in Norwood, NC. He took a program that was 1-11 the year before he arrived and led them to two straight state playoff appearances and a 17-11 overall mark in two seasons. He was named coach of year in 2006 by the Stanley News and Free Press.

“I am honored to be the next head football coach at Montgomery Catholic, and my family and I are excited to join both the Catholic family and the Montgomery community,” said Shatzer.

“I sought this position because of the great reputation that Catholic has. The academics, athletics and spirituality are all areas that are very important to my family and me. The strong sense of community and family attracted us immediately.”

Before going to South Stanley, he was an assistant coach at Jay M. Robinson High School in Concord, NC. He coached wide receivers on the first team fielded by the school in 2001. After struggling to a 2-9 mark that first season with no seniors on the team, he helped Robinson to three straight state playoff berths and a 25-11 record.

“We are excited to have Coach Shatzer as our new coach,” said Athletic Director Jim Tolbert. “He has a proven record of success in helping build competitive football programs, both as a head coach and as an assistant.

“His skills as a leader and communicator were key factors in our selection as were his faith, character and family values.”

Though his teaching assignment at Montgomery Catholic has not yet been finalized, Shatzer is certified in Social Studies and Spanish. He was honored for teaching excellence in 2001 when he received the Time Warner Star Teacher of the Year Award for Union County.

Mike and his wife, Amy, have two sons, Luke (4) and Grant (2). They are members of St. James the Greater Catholic Church in Concord.

“My goals for the program are to unite our school, community and players in a way that will be memorable and enjoyable for everyone involved. We will work hard in the classroom, in the community and on the playing field, and we will represent our school and our program with the utmost respect,” said Shatzer.

The new coach will be in Montgomery April 23 to meet with players and coaches during the day and to meet the Montgomery Catholic community at a reception in the Dolly Barranco Center at 6:30 p.m.

He will begin organizing his coaching staff immediately and will be here to conduct spring football practice, which begins May 4.