The National Honor Society (NHS), established in 1921, is a national recognition program for students who show achievement in scholarship, leadership, service, and character. High School students are selected for membership through an application process and are selected by the faculty council. Candidates must meet the chapter’s requirement for scholarship, service, leadership and character in order to be selected for membership. Continued participation in service projects and upholding the ideals of the school are required to retain membership. Members must also maintain the chapter’s required cumulative grade point average. 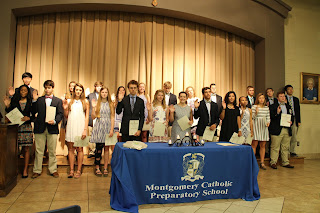 Pictured below are the 2017-2017 NHS officers that were also announced, they are from left to right:Anna Nutting– Vice President, Paige Rentfro– President, Chloe Newell– Treasurer, and  Jenni Morgan– Secretary. 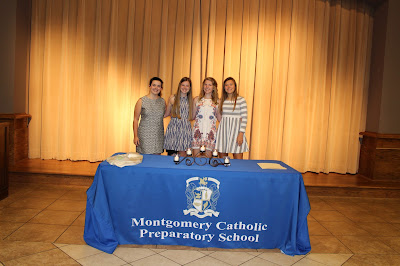 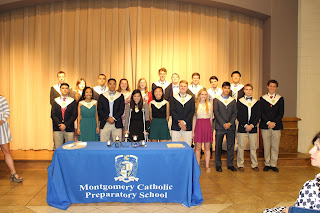