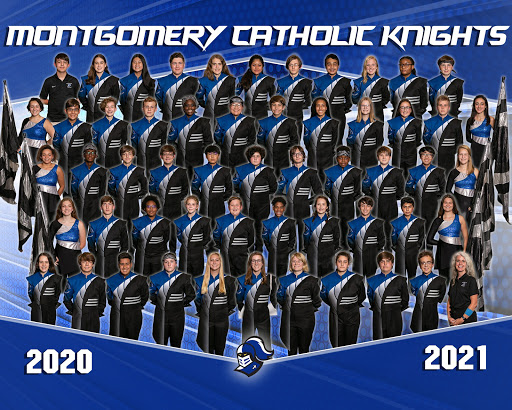 This year, due to Covid-19, the Alabama Bandmasters Association selected students for its honor bands through a virtual submission process. For the second year in a row, Montgomery Catholic had a record number of students in our Middle and High School band programs earn spots in both the District VI and All-State Honor Bands. 10 students from the Middle School and 15 students from the High School were chosen to perform in the District VI Honor Bands, and of those, 3 Middle School students and 11 High School Students will represent Montgomery Catholic in the All-State Honor Band.

“We are exceedingly proud of all of our students who earned a spot in the District and All-State Honor Bands for 2021,” said Alex Johnson, Director of Bands. “Each one represents loads of dedication and hard work. Not only are they fantastic student musicians, but they are also leaders and role models for their peers.”