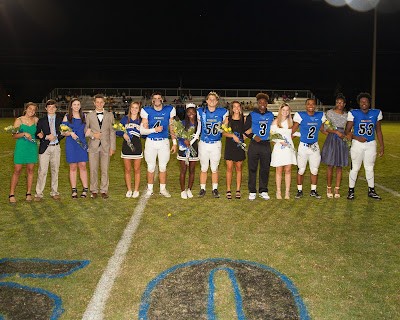 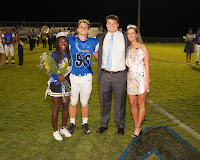 The school was honored to welcome back to their Alma Mater the 2016 Homecoming Queen and King, Miss Tori Barranco and Mr. Brian Anderson  to crown the 2017 Montgomery Catholic Preparatory School Homecoming King and Queen.

Miss Briana Hollinger and Mr. Luke Craig were announced as the 2017 Montgomery Catholic Homecoming Queen and King at mid-field. 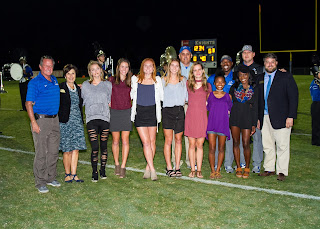 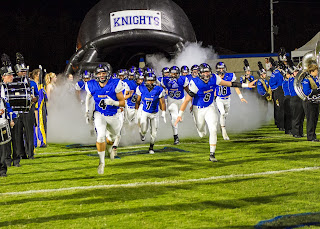 Montgomery Catholic students celebrated Homecoming Week at all campuses with a host of daily activities including the Homecoming Bonfire and mini-parade held on Thursday evening at the Middle/High School Campus for K4-12 families. Alumni Pat McGinn ’85 had the honor of lighting the fire, and the St. Bede Campus took home first place for their float. Friday, the Middle and High School ended school with a pep rally. A Friday night victory over Bullock County (31-6) led to a fun night as the Middle School campus held their fall dance after the game. The High School campus ended the week with their Homecoming Dance on Saturday, October 21, 2017 held at the St. Bede Catholic Church Family Life Center. The theme was High School Musical.