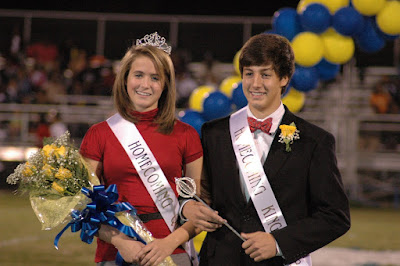 Montgomery Catholic Preparatory School announced their Homecoming Court and crowned the Queen and King for 2008 during the half-time festivities on Friday, September 26, 2008.