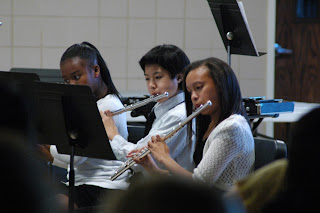 Concert guests enjoyed a reception immediately following the performances and were entertained by the Montgomery Catholic Jazz Band.