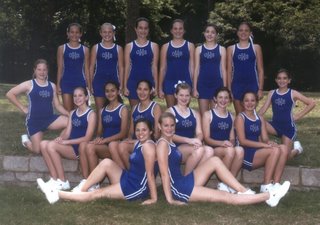 The Montgomery Catholic Preparatory School Middle School Cheerleading Squad recently attended the National Cheerleading Association’s Cheer Camp on the campus of Auburn University. The sixteen member squad brought home the spirit stick each night, two excellence ribbons during the first evaluation, one excellent and one outstanding ribbon on the second evaluation, and two superior ribbons for their final evaluation. During the camp, NCA awards the “All-American” status to cheerleaders who display superior qualities in all aspects of cheerleading including leadership, showmanship, and technique. Six members of the Middle School Cheerleading Squad were nominated to the NCA All-American Team. They were Elizabeth Walker and Liz Armstrong for tumbling, Taylor Lawhorn and Caitlyn Sears for jumps, and Captain Jessica Mount and Co-Captain Marissa Marmolejo were nominated for leadership. Of those six members who tried out for the team, Caitlyn Sears and Jessica Mount were named as NCA All-American Cheerleaders. As an All-American Cheerleader, Caitlyn and Jessica are eligible to participate in national NCA events, including performances at the Hula Bowl in Hawaii or the Orange Bowl in Miami, Florida. The Middle School Cheerleaders enjoyed their cheerleading camp experience and are looking forward to cheering on the Knights this fall. 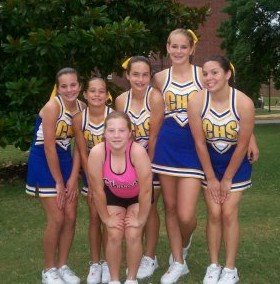