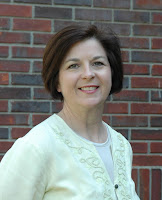 Wood, who was the assistant principal at Montgomery Catholic’s elementary campus at St. Bede from 2007-2008, coached volleyball at Saint James School from 1988-1999, guiding the Lady Trojans to two area titles, two sub-state titles and two trips to the state tournament.

Except for the year at St. Bede, she has been a teacher at Saint James since 1988.

“I have become acquainted with many of the female athletes at Montgomery Catholic and I look forward to working with this outstanding group of young ladies. With my coaching background and strong Catholic faith, I hope to strengthen the program by developing well-rounded athletes who strive to be their best in the classroom and on the court.”

Wood takes over the volleyball program for Jill Clark, who led the Knights to the state playoffs each of the last five years.

“Jill won’t be spread so thin by coaching both volleyball and basketball as well as serving as assistant athletic director. She can now direct more of her energies toward building a strong girls basketball program and Julie can focus her energy on the volleyball program. It’s a win-win situation for both teams.”

Wood will waste no time getting the volleyball program started for the 2010 season. She and JV coach Wilma Jackson will conduct a volleyball skills clinic May 8 at Catholic, then hold tryouts for the 2010 teams on May 15. More information about middle school volleyball tryouts will be available in the next couple of weeks.

Summer workouts for all volleyball teams, including local play dates and at least one team camp, are being planned.