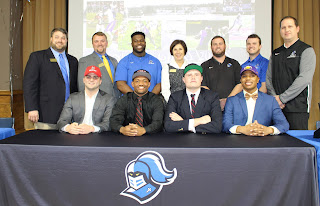 All four Catholic Knight athletes committed to play football at the college level. 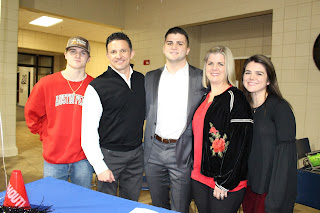 Parker Dennis signed his National Letter of Intent to play football with the Austin Peay University Governors, a two time All-Metro and two time All-CCC line backer, he has attended Catholic for six years and had five college offers. Dennis is the son of Michael and Leigh Dennis of Mathews, Ala. 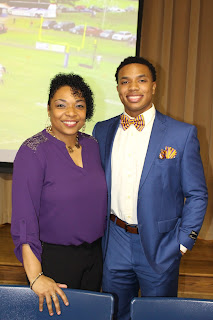 Tyler Price made his commitment to play football for the University of North Alabama Lions, after 13 Division I offers. A two time All-Metro and two time All-CCC Running Back for the Knights, he is the son of Terri Price of Montgomery. 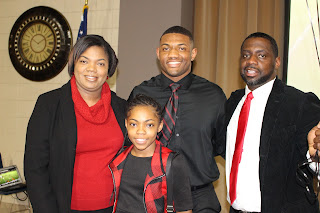 Both Gregory Ellis, Jr. and Charlie Ryan signed letters of intent with the Georgia Military College Bulldogs. Ellis is also a two time All Metro and two time All-CCC defensive back for the Knights. He is the son of Tina Ellis and Greg Ellis of Montgomery. Ryan was recognized as an All-Metro and All-CCC defensive lineman this year and had 11 college offers. He is the son of Sally Hodges of Montgomery and John Ryan of Greenwood Village, Colorado. 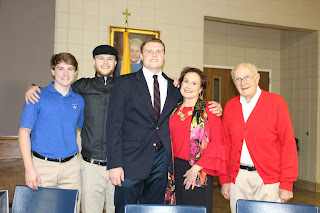 Montgomery Catholic is looking forward to following these college careers over the next four years.
GO KNIGHTS!