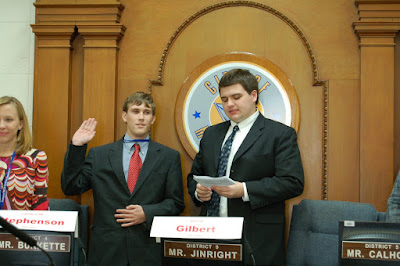 The Youth in City program allows students to experience the workings of city government first-hand by writing and submitting city ordinances, campaign and be elected by their peers as council members, and conduct a mock session of our city’s council meetings.

Austin Barranco and Roscoe Anderson, both juniors at Montgomery Catholic, were elected to the city council. Many of the government club’s ordinances were debated and passed by the council.

At the end of the session, all participants vote to elect next year’s city Mayor. Matthew Copeland was elected and sworn in as 2009 Youth in City Mayor of Montgomery. Matthew also received the “Best Participant” award from the Optimist Club of Downtown Montgomery at the event.

To view photos from Youth in City, go to: http://family.webshots.com/album/562443068gSONRm 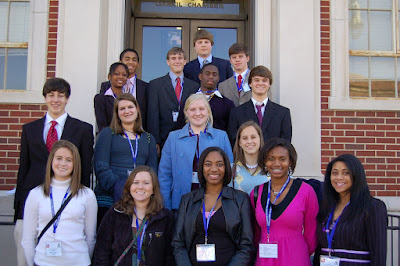