Catholic’s Blackwell to Lead Baseball in 2019 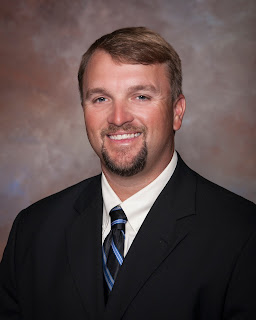 Veres said of the changes, “We had a challenging year after 2017 head coach Randy Nolen resigned for health reasons. Coach Hudson was willing to take on the program this year, and we appreciate his leadership. I am very excited that we have been able to entice Aubrey to become our head baseball coach. We want everyone to know that Coach Blackwell is a huge part of our community, and we expect him to be here for a long time. Hopefully, he now considers Montgomery Catholic the destination of his coaching career, not just a stop along the way.”

A college baseball pitcher at Central Alabama Community College and at Montevallo, Blackwell is not new to coaching baseball. He began his coaching career as an assistant baseball coach at the college and high school levels. He has 9 years experience; three years at Campbell University, and three years at Montevallo where he served as the pitching coach. He also assisted with varsity baseball and was the head JV coach at St. Paul’s Episcopal School in Mobile for three years.

When asked about his new role Blackwell said, “I am real excited about getting back to my coaching roots, working with our baseball team. My calling is to work with student athletes and help them become stronger and competitive. This will give me the opportunity to dig in and stay at Montgomery Catholic for a long time. My wife is supportive of my taking on two sports, and we feel it is all part of God’s plan for us.”

In addition to leading the baseball program, Blackwell will continue to serve as head coach of the Montgomery Catholic football program. Since 2015, Blackwell has led the Knights to a 2017 Region Championship and advanced to the second round of the AHSAA playoffs during the 2017 football season. With a season record of 10-2 and a two year record of 18-5, he was named the 2017 Class 4A Coach of the Year by the Alabama Football Coaches Association, and most recently named a head coach for the AHSAA North South All Star football game this summer.

“Aubrey Blackwell has brought a tremendous change to our football program, and I am excited about the possibilities that he can accomplish on the baseball field,” said Anne Ceasar, President of Montgomery Catholic.

“Coach Blackwell is a vital part of this Catholic community, and I feel that this position will increase his ability to impact the lives of even more students. He has a great support staff of Tony Hudson and Daniel Veres, and I would like to thank Coach Hudson for all he did for our baseball program this year.”

Blackwell is starting to make his plan for the Catholic varsity baseball team, he said, “I am excited about our staff and building our program, and I look forward to beginning the work with my team in June.”