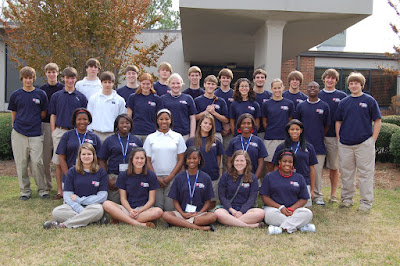 Forty-six high school students from Montgomery Catholic Preparatory School participated in the YMCA Youth Judicial Program held at the Montgomery County Courthouse November 10-12, 2007. The YMCA Youth Judicial Program allows high school students an opportunity to learn about law through preparation and presentation of a mock court case. Teams are self-determined with three youth lawyers and three youth witness on each side of the case, prosecution and defense. Student participants also serve as judges in each case.

Awards were given at the close of the event and Roscoe Anderson, a junior, was named “Lawyer of the Year.”